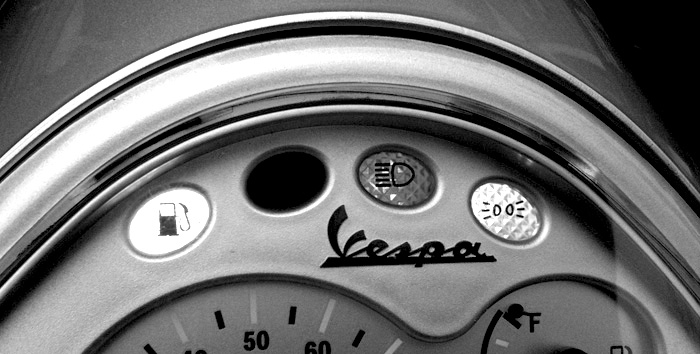 Today we get our first real snowstorm of winter. What that means, among other things, is that the 2009 riding season is officially over. I winterized my Vespa several weeks ago, but this makes it official. 2009 is done.

In November, I reached the two year riding mark. I’ve now ridden about 10,000 miles on four different scooters. In short, it’s been a blast. This is easily one of the best things I’ve ever gotten into. But as fun as the riding has been, I’ve enjoyed the people even more. From the fine folks at Scooterville and Blue Cat Motors to the local crazies like Dave Harrington, Kent Aldrich, and Pooter. Scooter people are the best. This season really has been great — full of fun rides, another great Rattle My Bones rally, and lots of seat time on my Vespa. The biggest difference for me from last year was just how much more regular riding I did this season. Summer was wonderfully temperate, even if Autumn was a bit wet. Still, I commuted on my scooter much more often than I did last year and about twice as far each way. And though I never got sick of it, I did sometimes struggle to reclaim that joy of riding for riding’s sake. I’m sure a winter of ride itch will cure me of that very soundly.

2009 was also the start of the ride log here on my website. I’d been blogging about scooter stuff from time to time, but 2009 was my opportunity to really chronicle the whole season. So in case you missed them, I’ve listed my ride logs for the 2009 riding season. Keeping them has been so much fun and I sincerely hope they’ve been entertaining. Here’s to year three! Here’s to 2010! Keep it shiny side up, everybody.

May
Sunset Parkway
Commute!
Pilot Knob
One wheel in front of the other

March
Ice Road Scooter
Why I rode my scooter today
Scooter Season 2009 is officially on!