I attended my very first MotoGP race a couple weeks ago at the Indianapolis Motor Speedway. I was fortunate enough to be a guest of Ducati as part of the Motoworks Chicago crew. 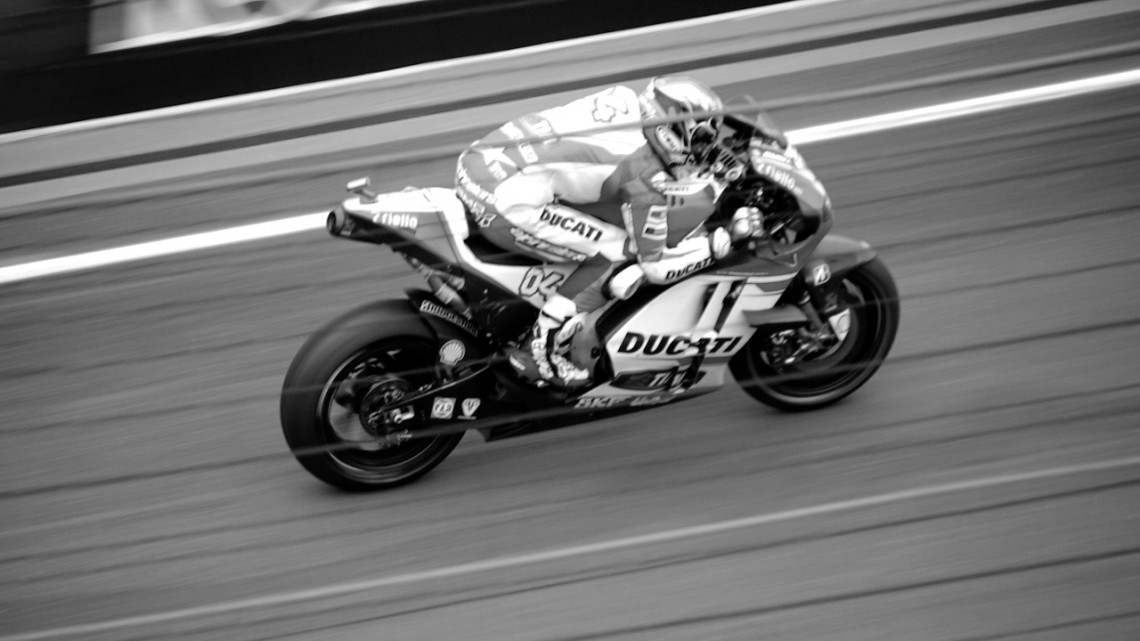 I attended my very first MotoGP race a couple weeks ago at the Indianapolis Motor Speedway. I was fortunate enough to be a guest of Ducati as part of the Motoworks Chicago crew. Obviously I’d cover the event for BEHIND THE MOTO, but beyond that, MotoGP weekend in Indy served as a reminder of so many of the things I love about motorcycling and motorcycle culture.

Like so many motorcycle events, my weekend was a blend of the civilian experience, with a dash of press access and a handful of the kinds of experiences one can only have as part of Johnny Moto’s crew. I ran into Instagram buddies, industry contacts, former co-workers and it seemed like every time I turned around I was being introduced to someone else playing a critical role in the motorcycle world. My favorite chance encounter was randomly running into someone I used to work with at Razorfish who is now working with Red Bull, the title sponsor of that weekend’s MotoGP event. Sometimes two small worlds collide.

The race itself was a blast — everything I’d hoped it’d be. More than that, however, I couldn’t help but nerd out by simply being at Indianapolis Motor Speedway. I’ve gotten to experience many great motor sports venues over the past few years, so I’ve gotten used to certain aspects of the track experience. Being at the Brickyard made it all feel new again. It’s a terrific facility. It’s not fancy, and it’s not new, but it’s obviously very well cared for. There’s a charm in that.

Indy herself was also more charming than expected. The vibe downtown was friendly and inviting, and Johnny pointed out the palpable sense of hospitality. In particular, even though the streets were swollen with people, all the restaurants and bars were friendly. It reminded me of Las Vegas, where the persistent and economically-appreciative chorus of “how may I help you?” greeted us at every turn. There were also cops in clumps of three or four every half block it seemed, but they were just as friendly as the local bartenders. It’s an attitude and presence that cops around the country could learn from.

Lastly, I took a chance on the Indy weekend with a new piece of equipment. As much as I have loved my Nikon J1, it was time to graduate up to a more capable camera. I was torn between simply upgrading lenses on my Nikon D40X or adopting a whole new system. I opted for a new system, the Sony a6000, which had a handful of benefits over my old systems. I’ll save you the full-on camera nerd breakdown, but in short, the Sony offers an incredible sensor and an array of high quality lenses. Add to that a digital viewfinder, lens-enabled image stabilization, (allegedly) the world’s fastest auto-focus, and best of all: a mechanical shutter. All in a lightweight package about 2/3 the size of your average DSLR. Best of both worlds? Seems to be. The images I was able to capture over the weekend were a big step up from my Nikon J1 for sure. I shot the image above using the a6000 and a 210mm zoom lens. Sure, it’s not perfectly sharp, but in my defense, I was shooting handheld, from the top of the grandstands, and that bike’s doing about 200 mph. Check out the posts below for more images from this new gear.

Fast Times With Ducati at MotoGP Indianapolis 2015. Part One. — BEHIND THE MOTO

Fast Times With Ducati at MotoGP Indianapolis 2015. Part Two. — BEHIND THE MOTO

Next post Video: My Creative Mornings Keynote on "Genius" 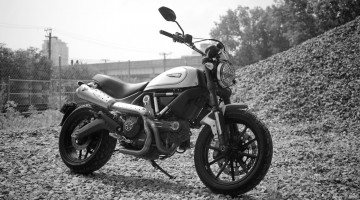 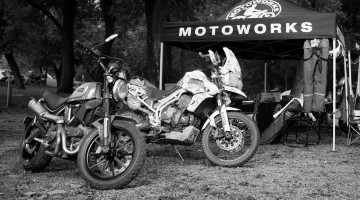