Last week I accidentally slid my ’06 Cooper S into a curb in the falling snow. It managed to mangle the rim, but thankfully there was no damage beyond the rim and hub. What it did mean was an insurance claim, some time in the shop and another spin on the loaner car merry-go-round. You see, every time I get my first generation MINI worked on, I end up with a loaner car from this current generation of MINIs. Driving an R56 unfailingly makes me want one. Then when I get my car back, I always fall in love with it all over again and repent of my automotive adultery. This time they gave me a dark silver ’09 Cooper S Clubman, and after five days of driving it as my own, I really didn’t want to give it back.

A few months back I was considering whether to refinance my Cooper S or trade-in for a different car. In that process, I drove several cars including the ’09 Cooper and Cooper S back to back. What I didn’t mention in that essay is that I also drove the Cooper Clubman on that visit to the MINI dealership. I wasn’t impressed. It drove like a Cooper with a big ass. I didn’t like it. This time ’round however, I got to evaluate the Clubman S for the better part of a week completely on its own merits and came away with a completely new appreciation for this fabulous MINI variant.

What I loved
Power. Ride comfort. External design. The torquey grunt of the turbocharged R56 motor combined with the added comfort of the Clubman’s extended wheelbase reminded me of a 3-series BMW. I like the 3-series, but hate getting in and out of them. The slope of the BMW windshield, although attractive, makes it tricky to get in and out of the car comfortably because I’m so tall. One of my favorite things about the MINI is its upright windshield. Not only does it make it easier to enter and exit the car, it adds to interior space — space even more plentiful inside the extended dimensions of the Clubman. The nearly effortless quickness of the Clubman S combined with its elevated comfort made it deeply endearing. The driving dynamics further accentuated all the things I like about the R56 generation, such as the much more comfortable seats, the telescoping steering wheel, and the tapered pillars on the center stack. Did I mention the Sport button? I can’t say enough about the Sport button. The Clubman even seemed to handle better in the winter muck than its shorter siblings.

Beyond the driving experience, I love the exterior lines of the Clubman. I’m not a fan of many of the changes to the design language of the MINI since its evolution to the R56. It’s fussy. It’s a bit pretentious. Most of all it’s almost a parody of Frank Stephenson’s iconic first generation design.

This is most evident in the interior. From its fussy proportions to the maddening audio and environmental controls — I still can’t forgive most of these choices. They’ve always felt like changes for the sake of changes to me. The interior of the Clubman remains unchanged from its hatch and convertible siblings, but the squared-off rear end and sculpted roofline fit the exterior R56 design language as though this is the car they had in mind all along. More than anything, I appreciate its subtlety.

The rear end of the R56 hatch is kind of a mess — from the gaudy, oversized tail lights, to its paunchy arse below the belt line, to the choppy lines of the rear bumper. The Clubman rear, by contrast is hardly conservative in comparison, but its proportions and lines seem so much more tailored to this new generation of MINI. Where I’ve always been ambivalent to the looks of the hatch, I’m absolutely in love with the exterior lines of the Clubman. I even like the contrasting C-pillars. I especially love the barn doors and the separated duel exhaust. It’s such a handsome car from every angle. There’s a classy quality to the Clubman that the hatch just simply doesn’t have for all its faux-aggressive details.

What I don’t like
I don’t really dislike anything about the Clubman that didn’t already bother me about the rest of the R56 line. I hate the fussy interior — particularly the center dash stack and the incomprehensible stereo controls. I loathe the maddening BMW-style turn indicator stalk that is neither fully digital nor usefully analog. I greatly miss the B-pillar height adjustment for the seatbelt. Where in some places the R56 saw an improvement in the feel and weight of its interior materials, in others it’s even more flimsy and dollar store feeling than the R53. I never did warm up to the bizarre checkerboard texture on many of the interior surfaces either. The weakest Clubman-only detail in my opinion is the rear wipers. In the salty muck of the Minnesota winter, the rear window wipers of my Clubman loaner were completely inadequate. The right side wiper didn’t even work half the time. What’s encouraging is that the 2011 mid-cycle refresh of the R56 line should fix most of these issues.

The bottom line
Even with an automatic transmission, I had a passionate little affair with this car. The Clubman S with a decent option set runs an easy $30k. Although $30k for a MINI seems a bit silly at first blush, as I cruised the Twin Cities in that Clubman it felt like a $30k car ought to feel. It was poised, comfortable, sporting, yet still authentically MINI. It felt like a car that had been very, very well thought out. In so many ways I wanted to trade my Cooper S for that Clubman on the spot. There was just one thing that nagged me: all-wheel-drive. At $30k+, a car of this proportion should have all-wheel-drive if I’m going to drive it around the frozen streets of Minneapolis. But my newfound adoration for the Clubman gave way to a deeper thought. In just a few short months the MINI Countryman comes out. With that vehicle landing somewhere on the spectrum between the Clubman and the BMW X3, I’m quietly excited about the prospect of what that car will be. Sure, I don’t expect it’ll be as taut as the coupe or even the Clubman, but it just might be the perfect MINI for this Minnesotan. 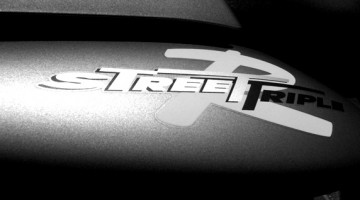 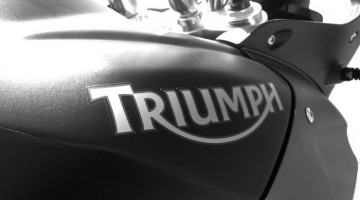 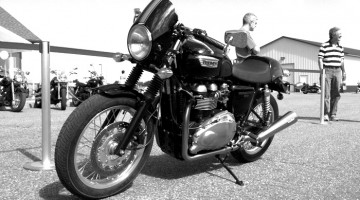